In order to create a search request, you must first login/register.

Powered by the famous caliber 321, this watch has been authenticated by the Omega Museum and comes with its EXTRACT FROM THE ARCHIVES mentioning it is a special model fitted with an ORANGE chronograph hand.

It was produced in August 9th, 1968 and first delivered to Spain.

Interestingly, the nickname Ultraman came up when the watch appeared in the 'Return of Ultraman' television series of 1971-72. This model was re-launched in 2018 and as a result, the prices for the original pieces peaked; the last auction of an Ultraman reached USD 76.250.

With the original 'dot over 90' bezel this example is in awesome original condition.

One of the most sought-after Speedmaster models!

1 year warranty through our watch lab. 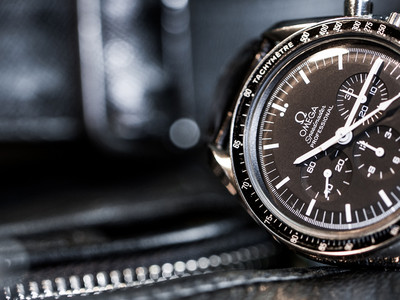 The 23-year-old Louis Brandt decided to open his own «Comptoir d'etablis- sage» in La Chaux-de-Fonds, Swiss in 1848. «Comptoir ...