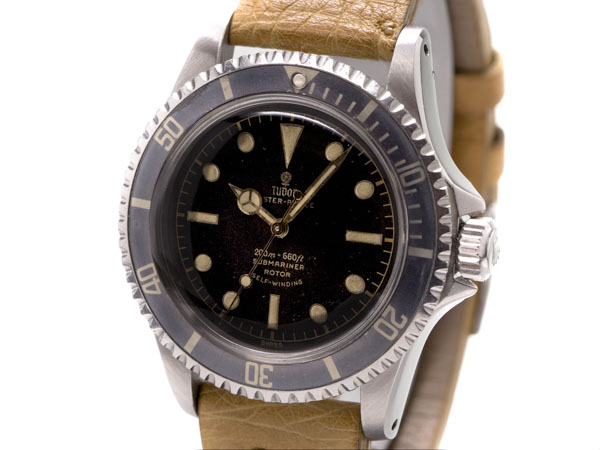 "The Tudor" was founded as a brand in 1926 by the company Veuve de Philippe Hüther managed by Hans Wilsdorf, but no later since 1946 is Tudor, a guarantee for high-quality watches.

Hans Wilsdorf, the Rolex founder, described the Tudor brand as follows: "For several years, I have been thinking about making a watch that can be sold more cheaply by our retailers than our Rolex, which is equally reliable. Now I decided to set up a company specifically for the manufacture and marketing of such a watch, and the name of this company is Montres Tudor SA. "The aim was to address another target audience through the lower price class.

Meantime Tudor has established itself as a brand, but still benefits from the big sister Rolex. Especially in the area of ​​sports watches or with certain Rolex features and in the price policy. The price savings are made possible by the use of subcontractors movements (mostly ETA models), which, however, are meticulously regulated, inspected and refined, and use plexiglass instead of sapphire glass, as usual with Rolex.

The birth of the TUDOR Oyster Prince was 1952. The Tudor Oyster Prince was awarded two Rolex qualities by Wilsdorf. On the one hand the Oyster case and on the other hand the distinctive perpetual rotor with self-lifting mechanism. The Oyster Prince was regarded as a stylish and modern everyday watch. An unconventional marketing strategy with the help of pictures, which showed no celebrities but people at work such as rescue divers, mining workers, racing drivers who rely on robust watches, proved that the Oyster Prince can withstand any load.


For the British North Greenland expedition in 1952, Hans Wilsdorf provided 30 Tudor Oyster Prince watches. The two-year expedition served research in various fields such as glaciology, meteorology, geology and physiology. Commander James Simpson and his team should also gather useful information for the Royal Navy as to how their forces could survive in the arctic environments and extreme situations. The Tudor Heritage Chronograph, the sporty watch with reference to racing, as well as Grantour models: Date and Chrono Fly Back.

The Tudor Heritage Ranger with Tudor logo is a new edition of the popular Tudor from the 60s.

Diver watches from Tudor let the hearts of many collectors beat faster because, besides a sporty and elegant appearance, they offer precision and functionality. In 1954 Tudor launched its first diving watch with the Reference 7922 - the legendary Oyster Prince Submariner. The Submarine with a self-winding mechanism and the typical characteristics of a diving watch: waterproofness, luminous indices, rotatable bezel. Between the years 1964 and 1966 Tudor produced his Prince Submariner for the US Navy (USN) and later for the "Navy Nationale" - the French Navy. The TUDOR Submarines used by the naval national francaise, for example, bear the initials M.N., followed by the year of their delivery. There was also a special order of the military diving watches, on the part of the naval national. The so-called Tudor Oyster Prince Submariner "Left Hand" for left-handed training officers.

In the 70s, the second submarine collection, also known as Snowflake, appeared with square indices. The first diving watch, which was produced entirely in self-government is the Tudor Hydronaut. The Hydronaut models were replaced by the Pelagos and Black Bay timepieces from the Heritage.

The diving watch Tudor Pelagos (Ref. 25500TN), which owes its name to the Greek term "pelagós" (sea), is equipped with luminous indices and diving bezel. The Pelagos is presented in two color combinations. The Pelagos titanium band is equipped with a stainless steel folding clasp, a TUDOR patented spring mechanism.

The high-tech diver watches Tudor Hydronaut II and Hydronaut 1200 were presented in 2009 at Baselworld. The Hydronaut II is equipped with a special valve. The gas that has penetrated during a dive can escape when it emerges.

The Tudor Heritage Black Bay is a tribute to old diving watches. The Retro Watch (Ref. 79220R)
was launched in 2012 with a red bezel, golden hands and indexes as well as the characteristic "Snowflake" hour hand.

Also the lovers of noble chronographs get their money's worth at Tudor´s. In the 70s the legendary Oysterdate Chronograph by Tudor was launched. The Oysterdate chronographs, Reference 7031/0 or 703/0 in the lively colors and with the five-hour hour indexes, are today very popular with collectors.

The "Big Block" chronographs, which were officially marketed as Prince Oysterdates, including References 79170, 79180 and 71690, were an important innovation - the first chronographs with a mechanical self-winding mechanism from Tudor. Inside these chronographs ticks the Valjoux calibre 7750.

The North Flag is designed to work at the coldest and most extreme point on earth. The watch is equipped with the TUDOR manufacture movement, which is visible through the sapphire crystal case back. Thanks to a power reserve of about 70 hours, you can call the watch a "scientific instrument".

Tudor's success strategy is based on two factors: the same precision and quality as Rolex watches but at affordable prices.

Previously, Tudor used the Oyster case of Rolex, as well as the crowns and base of the Genevese manufactory. Since 1990, Tudor has been largely independent. In 2015, TUDOR presented his first mechanical movement made in house. The movement was specially designed for the Heritage Black Bay Bronze model. Its Reference is MT5601, where MT stands for "Manufacture Tudor".