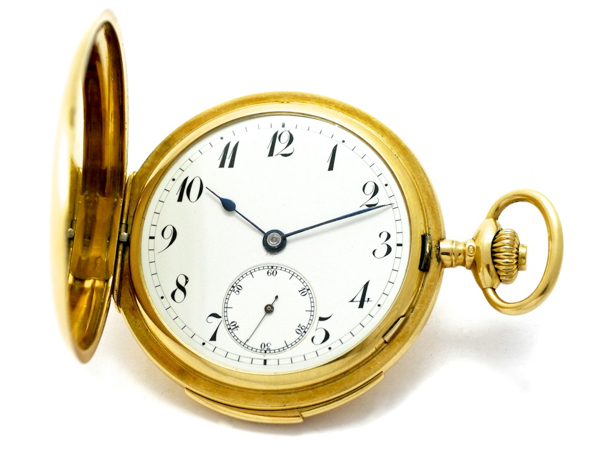 The grandfather of the "Grande Maison" was Charles-Antoine LeCoultre. He founded the company together with his brother Ulysee LeCoultre in 1833 in the Swiss town of Le Sentier.

In 1888 the manufactory already employed 500 people and produced 40 watches every day. Towards the end of the 19th century, they supplied the already famous manufactory - Patek Philippe - with simple movements and complication calibers. From 1890, the manufactory began to produce so-called major complications, that are, timepieces that contain three important watchmaking functions.

Antoine LeCoultre was a terrific inventor, for example - he invented the "millionometer" - an instrument that made measurements with an accuracy of one thousandth of a millimeter, or the double function of the crown for the winding of the movement and the setting of the pointers. The silent regulators for the repeater watch and the calibre 101 - with a weight of barely one gram, also testify its high spirit of invention.

In 1925, the engineer from France joined the manufactory, which previously supplied Cartier and the French navy with watch movements. Only a year later the cooperation of the two produced a few prestigious pieces, among them the "Duoplan", followed in 1928 by Jaeger-LeCoultre Highlight watch - the "Atmos".

The atmospheric timepiece was developed by Jean-Léon Reutter, who sold the patents to Edmond Jaeger in 1930. The table clock with cult status gets its energy for the drive out of the temperature fluctuations of its environment and is thus a masterpiece of the watch engineering. Although the "Atmos" is Jaeger-LeCoutre's greatest work, it requires significantly less energy than the smallest mechanical movement in the world, the exclusive Jaeger-LeCoultre manufacture calibre101.

The best-known watch models of the noble manufactory Jaeger LeCoultre are the "Reverso" and the "Memovox". The legendary "Reverso", Latin for "I turn" in art deco design was launched in 1931 and has been on the market since then without interruption. The iconic timepiece with the rectangular, foldable housing to protect the sensitive watch glass and the caliber 101 still contains the smallest movement in the world weighing just one gram. In 2016 the Swiss manufactory celebrates the 85th anniversary of this model. Thanks to the exceptional housing, the Reverso owes the British officers, who at that time - liked to play polo in the British colony of India and whose wristwatches had to suffer under the sport. The engineer René Alfred Chauvot had the brilliant idea of building a reversing housing. The noble manufactory Jaeger LeCoultre bought the patent and thereby launched a bestseller.

From 1950 Jaeger-LeCoultre created the famous watch line with alarm function. First, the "Memovox" literally "Voice of Remembrance", the most famous wristwatch in the world, appeared. Seven years later followed the "Memovox Automatic", the first wristwatch with automatic winding. The 20 second continuous tone reminded at a selected time, so that the carrier could be timed for appointments. 1959 appeared the "Memovox Deep Sea", the first diving watch with alarm function.

From 1965 Jaeger-LeCoultre sold the diving watch "Polaris". The diver watch was offered in two editions (from 1965 and 1968) with different dials and pointers.

Traditionally, the Vallée de Joux manufactures timepieces for military purposes from the very beginning. In the Second World War Jaeger-LeCoultre supplied the Allied Forces with pilot watches like the Mark XI. 2009 and timepieces for the Navy (caliber 162). They supplied the British Army with pocket watches (caliber 467) engraved (G.S.T.P). During the Second World War Jaeger-LeCoultre also created the first pilot watches Mark VIIA and the "Weems". Between the years 1945-1958 the LeCoultre supplied the British army with watches with engraving www (waterproof, wrist, watch). After the Second World War the Royal Air Force had the Mark XI "Navigator" manufactured by Jaeger LeCoultre. From 1949 the Mark XI was delivered to the Royal Air Force and the Royal Australian Air Force. Nowadays, the military watches have an extremely high importanceamong collectors.

With the death of Jacques-David LeCoultre in 1948, the owner of the manufactory became SAPIC Holding, which included Vacheron Constantin. In 1970 the company landed under the umbrella of VDO / Mannesmann. Since 1990 Jaeger LeCoultre belongs to the Swiss jewelery and luxury watch group Richemont.

Watchmakers from Jaeger-LeCoultre have developed around 1200 mechanical calibers over the years, including great complications, exceptional tourbillons, chronographs, perpetual calendars, a manual movement with a 15-day reserve, minute repetition and much more. 400 patents attest to the technical and inventive masterpiece of the Grand Maison.

In 2004, Jaeger LeCoultre presented another masterpiece of precision watchmaking - the Master Gyrotourbillon 1. The development and production of a tourbillon is regarded as the king's discipline of watchmaking, dominated by only a few manufactories.

The three-dimensional balance is considered one of the most spectacular inventions of watch precision mechanics. The power reserve built in - is eight days. The date scale extends from left to right across the entire dial.