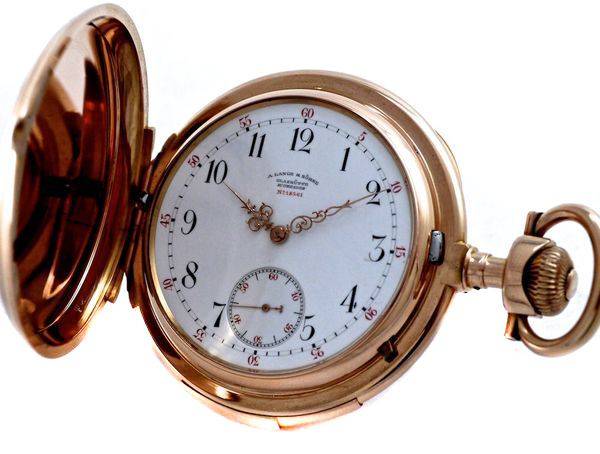 The history of the manufactory A. Lange & Söhne began more than 170 years ago. Ferdinand Adolph Lange founded the renowned Glashütter watchmaker "Lange & Cie." on December 7, 1845. After his apprenticeship at the famous court watchmaker Johann Friedrich Gutkaes, Lange is on his way to the then clock metropolis Paris to complete his skills and abilities at the famous chronometer manufacturer Winnerl.

Ferdinand Lange is considered a pioneer in watch construction. He develops entirely new precision tools, measuring instruments and production methods. Among his merits is the introduction of the metric system, where the millimeter is the smallest unit of measure in watchmaking, instead of the usual Parisian line. This is one of several standards, even today. Soon, the Lange-chronometer were regarded as the best that the world clock scene had to offer. More than 30 watch patents were registered by the innovative company until 1948. In 1851, Ferdinand Adolph Lange presented his watches, which have been made in Glashütte, for the first time at the world exhibition in London, with tremendous success.

From 1868 onwards the manufactory was renamed in "A. Lange & Söhne".The lasting flowering of watchmaking began with the entry of the younger son Emil Lange, in 1871. Glashütte became the center of German precision watchmaking thanks to Lange and already competed with established Swiss watchmakers at this time.

During the First World War, the company A. Lange & Söhne already produced high-quality timepieces for the German navy. In the mid-1930s and during the Second World War, A. Lange & Söhne had to produce pocket watches for the soldiers as well as for the Führer headquarters. According to the professional journal "Klassik Uhren", besides Himmler also Propagandaminister Joseph Goebbels, Nazi architect Albert Speer as well as high-ranking SS- and Wehrmacht generals were wearing such wrist watches.

From 1937, a large watch, watch caliber 48 was used extensively at Lange Glashütte. Due to the war, there was a lack of specialists and materials, which meant that production could only begin in 1940. For five years, the war navy was supplied with the observation clock. After the end of the war production in Glashütte was discontinued. According to the company records, the stockpiles of raw materials were delivered to the Red Army of the USSR. There was also an option with a fluorescent dial - the submarine watch. For the Air force, the caliber has been altered. Instead of the power reserve, a central second was used. Between 1941 and 1944 Lange and Sons produced 200 pieces of pilot watches with a larger case for the Waffen-SS in Germany. 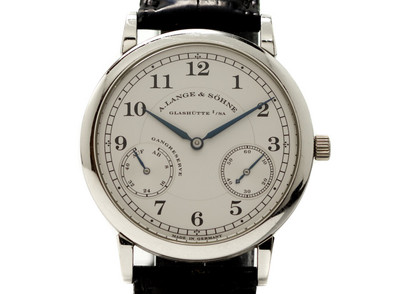 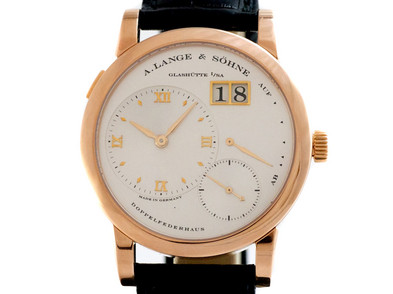 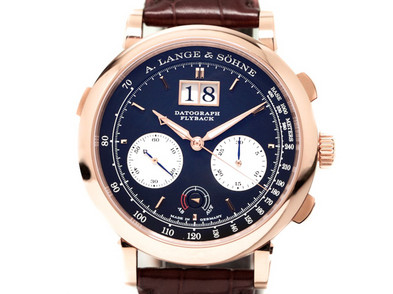 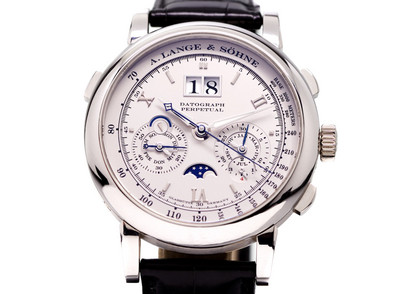 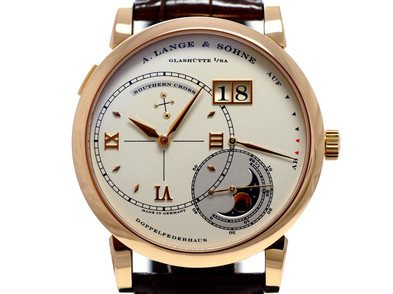 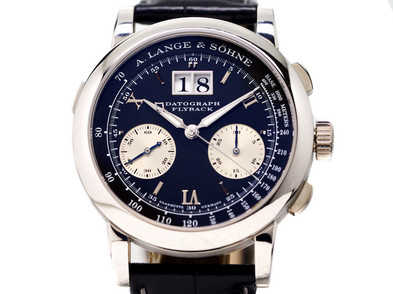 The manufactory acquired worldwide fame and existed until 1948 as the company was nationalized by the GDR leadership. The name Lange and Söhne disappears 1951 from the dials, as the company goes over into a combine with other local resident factories. Adolph Lang's great-grandson, Walter Lange fled to the western part of Germany and began to build up a watch trade in Pforzheim from the proverbial void. The new foundation under the name "Lange Uhren GmbH" took place on 7 December 1990. This is exactly the day 145 years after his great-grandfather registered Lange & Comp., in Glashütte. It took four years for Walter Lange to present the first four watchmaking models: the LANGE 1, the SAXONIA, the TOURBILLON "Pour le Mérite", and the ARCADE with the support of Günter Blümlein, then director of the International Watch Company (IWC).

The first new patent from A. Lange & Söhne was the "Grand Date" which was installed in three of the four first watches - today the "Grand Date" is a distinctive feature of the german manufactory. Soon after the rebirth of the brand 1994 the demand exceeded the offer. Lange & Söhne which has been a part of the French Richemont Group since the turn of the century, is keeping the exact numbers a secret.

In 2001 "A. Lange & Söhne" succeeded to return to the historic headquarters. Since the foundation, more than 50 caliber (watch movements) have been developed and awarded with more than 150 international prizes. Nowadays only a few thousands of watches are made from platinum or gold at Lange. The clocks contain exclusively clockworks developed in the house and are elaborately hand-decorated and assembled.

One of the biggest achievements of the traditional manufactory are innovative timepieces such as the world - famous LANGE 1, equipped with the first double - window - date in a serial wristwatch and the ZEITWERK with an exact jump index display. Both models have now become icons of the world-famous premium brand Lange & Söhne.

Günter Blümlein has summed up the peculiarities of the Lange watches - he said: "A Lange watch is a total art work, with a long history, characterized by the passion of the employees for a fine watch, the style of the house, the responsibility for the tradition and, finally, the unique technique and craftsmanship."

The collections are simply called timepieces by A. Lange & Söhne and are divided into families. We speak of Lange 1, Saxonia, Zeitwerk, 1815, Richard Lange, as well as the two special families "watchmaking" as well as "novelties" in which new clockworks are presented or those with special complications.

The calibers produced by Lange & Söhne carry a large L as the initial designation, followed by a four-digit number with a separation point which is preceded by the last number, such as the caliber L901.5, which is installed in the Lange 1 lunar phase.

The process of double mounting at Lange & Söhne is unique. After a clockwork has been completely assembled, it is once again taken apart and cleaned and only then does the second assembly take place. No mistake remains undetected. The traditional Glashütte manufactory stands for quality and is one of the leading manufacturers of fine mechanical watches worldwide.

More about A. Lange & Söhne